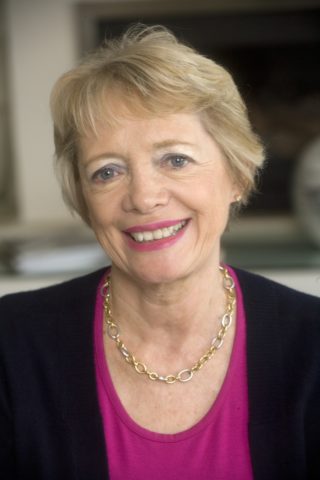 Susan was Founder Director of the Cranfield International Centre for Women Leaders from 1999 to 2016. She and her co-authors produce the annual Female FTSE Board Report, which she launched in 1999 and is regarded as the premier research resource on women directors in the UK and is renowned globally.

Susan has written ten books and over one hundred articles, reports and conference papers. Her latest book “Handbook of Research on Promoting Women’s Careers” (Eds. S Vinnicombe, R.J. Burke, S. Blake-Beard and L.L. Moore) was published by Edward Elgar in 2013.

Susan has consulted for organisations in over twenty countries including the USA, Ireland, India, the UAE, Philippines, Trinidad, Nigeria, Australia and New Zealand, on how best to attract, retain and develop women executives. Susan is regularly interviewed by the press, on the radio and on television for her expert views on women directors and is a frequent keynote speaker at conferences.

Susan is the Founder and Chair of the judges for Women in the City Awards and is a judge for the Sunday Times best NEDs of the year awards. She is Vice Patron of the charity, Working Families. Susan was a member of the Davies Steering Committee from 2010 – 2015 and has been invited onto the Advisory Board of Sir Philip Hampton/Dame Helen Alexander’s Review on the lack of women in the executive pipeline.

Susan was elected to Fellow of the British Academy of Management in 2013. Shehas been honoured by The International Alliance of Women (TIAW) in 2013 when she was awarded the TIAW World of Difference 100 Award 2013, which recognizes those who have made a significant contribution to the economic empowerment of women. In 2016 she was made a Companion of the Chartered Institute of Management and honoured by the International Women’s Forum (IWF) Washington as a women who has “made a difference’ in the world.

Susan is currently Chair of the Membership Committee.

IWF UK provides opportunities for women leaders to meet their peers in a non-competitive environment where friendships can form and grow, and support is given and received. Membership is by invitation. Our events range from discussions on topics such as ethical leadership or life on boards, to behind-the-scenes visits to places of interest, networking receptions, and special theatre and arts evenings.

Contact the IWF UK team by phone or email: